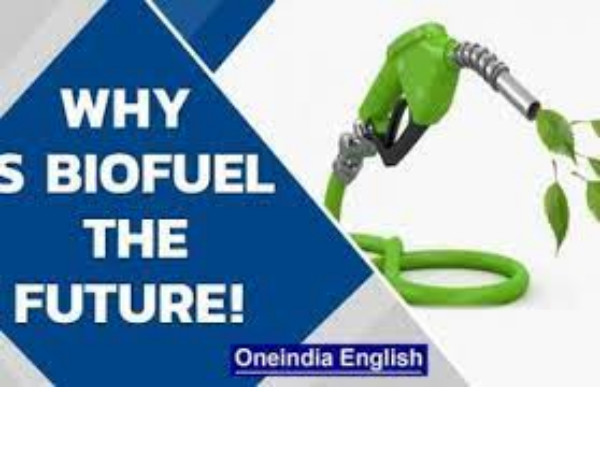 “The use of plant oil as fuel may seem insignificant today.

But such products can in time become just as important as kerosene and these coal-tar-products of today.” – Rudolf Diesel

To raise awareness about the importance of non-fossil fuels as a substitute for traditional fossil fuels, World Biofuel Day is observed each year on August 10.

The government and private sectors are jointly spreading awareness about the significance of non-fossil fuels as an alternative energy source. One of the top reasons to use biofuels is that they can help reduce carbon emissions.

The term “biofuel” applies to liquid fuels and blending components made from biomass materials called feedstocks. Biofuels are mostly used as transportation fuels but are also used for heating and electricity generation. The gaseous form of biomass is used directly as a gas or converted to liquid fuels. Fuel derived from biomass, such as plants, crops, algae, and animal wastes, is known as biofuel.

Biofuels are environmental-friendly fuels that reduce carbon emissions and support sustainable development as they are produced using renewable resources. Therefore, biofuels help supply the energy needs of future generations of the 21st century without threatening the environment.

World Biofuel Day is celebrated on August 10 in memory of Sir Rudolf Diesel, the creator of the diesel engine. On August 8, 1893, Sir Diesel successfully used peanut oil to run a mechanical engine for the first time.

With this invention, he saw the possibility of fossil fuels being replaced by vegetable oil as a valuable energy source in the coming years.

Significance of Biofuels as an Alternative to Fossil Fuels

· Biofuels reduce our dependence on crude oil, ensuring a cleaner environment and leading to more employment opportunities for the rural population.

· Since everyone needs to think about the environment and the world as well as their health, biofuel is the only option available. Using biofuel as an alternative to fossil fuel can considerably reduce the release of harmful gases, such as carbon dioxide and nitrogen oxides.

Initiatives by Government of India for Using Biofuel

A Boon to the Farmers and Industry
On August 10, in honour of World Biofuel Day, Prime Minister Narendra Modi will dedicate a video called the 2nd generation Ethanol Plant in Panipat, Haryana, to the country. This inauguration is in accordance with the prime minister’s ongoing efforts to make India’s energy industry more accessible, affordable, competent, and sustainable.

Biofuel reduces import dependency on crude oil, achieves a cleaner environment, brings additional income to farmers and generates employment in rural areas. The Government of India’s initiatives for Make in India, Swachh Bharat and enhancing the income of farmers are in sync with the biofuels programme.

The Government of India has taken a number of initiatives to increase the blending of biofuels. The major among these include administrative price mechanisms for ethanol, simplifying the procurement procedures of oil marketing companies (OMCs), and amending the provisions of the Industries (Development & Regulation) Act, 1951.

The National Policy on Biofuels-2018 has the objective of reaching 20% ethanol blending and 5% biodiesel blending by 2030. The government has reduced GST on ethanol for blending in fuel from 18% to 5%.