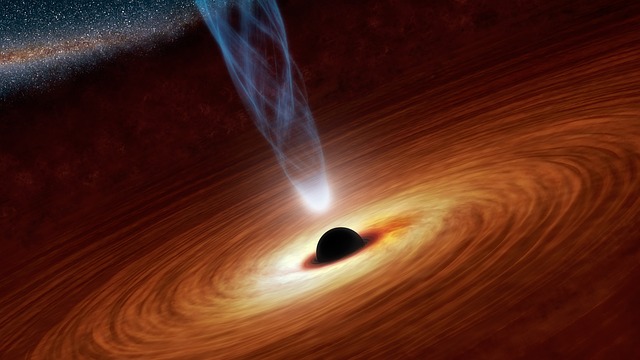 The Universe and its celestial bodies including black holes have always been so fascinating to us. Recently with the revelation of the first image of the supermassive black object at the center of our own Galaxy; the Milky Way, speculations have finally turned into evidence of it being a black hole. The Global research team, Event Horizontal Telescope (EHT) Collaborations has given the confirmation of Sagittarius A* being a ring shaped black hole surrounded by a ring of gasses with dark Shadow in its origin.

1st Doughnut Shaped Blackhole in Our Galaxy: Sagittarius A*

A team of Astronomers from EHT Collaborations, has been observing Sagittarius A* for a long time by using 8 existing radio observatories across the world. What they initially found was stars rotating around something invisible, huge and compact at the center of the Milky Way. The following study finally confirmed that this invisible thing is a black hole having a doughnut shaped structure which coincides with the predictions of Einstein’s theory of General Relativity.

Sagittarius A* is a complex radio source and home of supermassive black holes. It is about 27,000 light years away from the Earth and 17 times more massive than the Sun. This is the 1st captured central black hole of our own Galaxy and is 1000 times less massive than the previously found black hole named M87*.

What is Black Hole?

It is the most fascinating and powerful region in spacetime with great gravitational potential that does not allow any particle or light to escape from it. It is the dark invisible region that can be detected only by observing the unusual behavior of nearby visible bodies with the help of space Telescopes with special tools. We can’t see anything inside the Blackhole.

A black hole is formed with the death of a massive Star. Only the stars having more than 3 solar masses, become black holes at the end of their lives. At the time of collapse they exert an intense gravitational force that allows nothing to escape.

According to NASA, the first ever discovered black hole was Cygnus X-1, within the milky way in the constellation of Cygnus, the Swan in 1964. Studies from NASA suggest that around 10 million to a billion black holes may exist in our Galaxy.

In 1916, Albert Einstein for the first time predicted the existence of black holes, by explaining the General Theory of Relativity. In 1967, American astronomer John Wheeler coined the term, ‘Black Hole’.

The anatomy can be understood in 5 steps.

The center of black hole, with infinite density, where all the matter and energy fall into the black hole finally ends up.

The radius around the singularity, where matter and energy cannot escape the black hole’s gravity: the point of no return is called the Event horizon.

Though the black hole itself is dark, photons are emitted from nearby hot plasma in jets. Just outside the Event horizon, gravity is so strong that it bends down its path due to that we see a bright ring surrounding a roughly circular dark Shadow.

When a black hole feeds on stars, the meal produces Jets of particles and radiation blasting out from the black hole’s poles at near light speed. Which further can extend to thousands of light years in space.

A region of superheated dust and gas, wheels around a black hole at immense speed. It produces electromagnetic radiation that helps to identify black hole’s location.