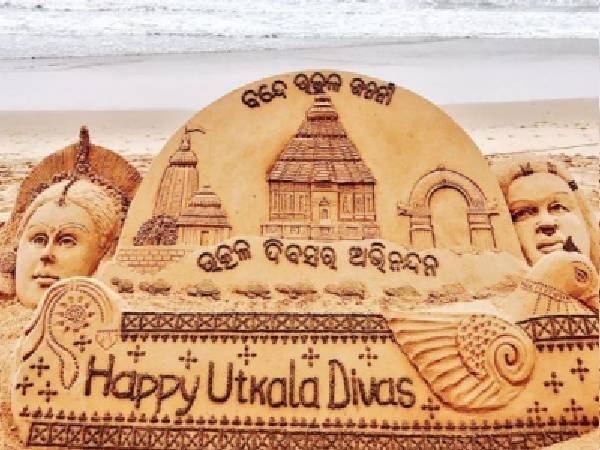 The Odisha Foundation Day, also known as Utkal Divas or Utkala Dibasa, is commemorated every year on April 1 in recognition of the creation of Odisha as a separate state carved out of the then Bihar and Orissa province from the erstwhile Madras Presidency in the year 1936. This year, the historic land of Lord Jagannath will be celebrating its 87th Foundation Day or Odisha Day recalling and cherishing its struggle and emergence as an independent state.

The Odisha state, which came to assume its political identity as a separate state in the year 1936 on linguistic grounds, has a very rich tradition and history. The region can be traced back to the reign of King Ashoka of the Magadha empire in 261 BC, when it was made part of the expanding Mauryan rule. It, later on, came to be ruled by King Kharavela of Kalinga, which is the modern-day Odisha, who is credited by historians for laying the foundation of Odisha as a powerful political entity and land of sculpture, art, and architecture.

The Odisha state lost its political identity and independence with the demise of Gajapati Mukunda Dev, the founder of the Chalukya Dynasty and the last king of Odisha in 1568. In the years that followed, the British assumed charge of Odisha dividing it into several parts bringing it under the then Bengal presidency, which gradually resulted in the emergence of a political struggle for identity, culminating in a revolution resulting in the formation of Utkal Sammilani, which eventually led to the formation of a separate Odisha Province.

The movement, however, gained momentum under the leadership and guidance of Utkala Gouraba Madhusudan Das, Utkala Gopabandhu Das, Bhanj Deo, Krushna Chandra Gajapati, Nilakantha Das, Fakir Mohan Senapati and several others with massive support of people resulting in the formation of Odisha on April 1, 1936, almost a decade earlier to India gaining its independence with Sir John Hubbak as its first governor, which today is commemorated as the Odisha Foundation Day or Utkal Divas or Odisha Day.

The people of the state celebrate Utkal Divas or Odisha Day every year on April 1 with all pomp and grandeur recalling the glorious past of the state and cherishing the political struggle that led to the state’s emergence as an independent political entity on Indian soil calling for greater unity and harmony among people.

The present state of Odisha derives its name from the Odra tribe, which dwelled in the central regions of the state. Originally called Orissa, the state was renamed following the passing the of Orissa Bill in the Lok Sabha along with the Constitution Bill in March 2011 renaming the state Odisha, which today is celebrating its 87th Foundation Day also known as Vishuva Milan, and is observed as a restricted holiday by the state.
Utkal Divas or Odisha Day celebration is marked by the setting of thousands of shops, stalls, and Jhankis alongside various activities like fireworks competitions and different cultural activities like a sing-song program.

ICSI Recruitment 2022 For Consultant Jobs In ICSI, Apply Online Before April 8 On icsi.in