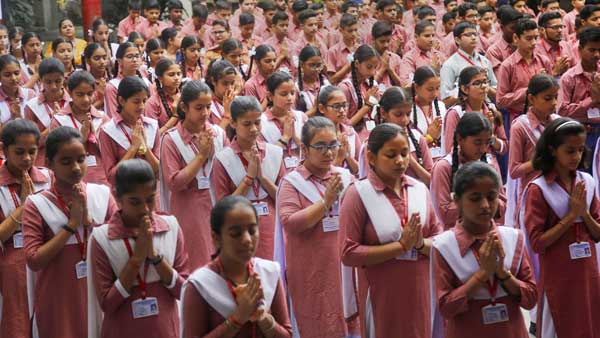 The Karnataka Government now mandates all public, private, and aided schools-and-colleges to sing the national anthem at the morning mass prayer. For those of you wondering why it’s happening all of a sudden, know that it’s not a new rule, law or legislation. It’s been in place since 1983.

What is the law about the singing of the national anthem in schools of Karnataka?

In case there is not enough room for everyone to stand together, sing it in the classroom; orders the Karnataka government.

The decision has been taken right after the visit of various private schools by the deputy directors of the Department of Public Instruction in Bengaluru-North and South. The visit found that several institutions are not sticking to the rules of singing the national anthem in the morning prayer.

Some Interesting Facts about the National Anthem:

You have already subscribed