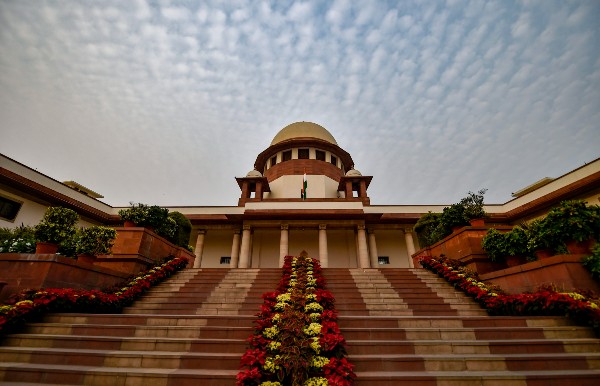 New Delhi: The Supreme Court Friday suggested that the Centre assist the medical students who had returned to the country from Ukraine in view of the war with Russia by creating a web portal giving details of the foreign universities, where they could complete their courses as per the government’s academic mobility programme.

A bench of Justices Hemant Gupta and Sudhanshu Dhulia said that there should be a transparent system and the web portal should specify complete details of the fees and the number of seats available in the alternate foreign universities from where they could complete their courses. At the outset, Solicitor General Tushar Mehta, appearing for the Centre said that he is not taking an adversarial stand and sought time to get instruction from the government on the suggestions of the bench. The bench posted the matter for further hearing on September 23.

The top court was hearing a batch of petitions filed by students, who are undergraduate medical students of first to fourth-year batches in their respective foreign medical colleges/universities, who are primarily seeking transfer to medical colleges in India in their respective semesters. The Centre, in its affidavit filed on Thursday, said that they (students) cannot be accommodated in medical colleges here for lack of provisions under the law and till now, no permission has been given by the National Medical Commission (NMC) to transfer or accommodate any foreign medical students in any Indian medical institute/University.

It, however, had said that to aid and assist such returnee students who could not complete their MBBS courses in Ukraine, NMC in consultation with the Ministry of External Affairs (MEA) has issued a Public Notice dated September 6, 2022 (academic mobility programme), indicating that NMC would accept completion of their remaining courses in other countries (with the approval of parent university/Institution in Ukraine). The government said that after such completion of their remaining courses, the certificate, of course, completion/degree is expected to be issued by the parent institutions in Ukraine. It added that in the public notice dated September 6, the phrase “global mobility” cannot be interpreted to mean accommodation of these students in Indian colleges/Universities, as the extant regulations in India do not permit migration of students from foreign universities to India.

“The aforesaid Public notice cannot be used as a back door entry in Indian colleges/Universities offering UG courses”, it said. The government further said, “It is humbly submitted that in so far as such students are concerned, there are no such provisions either under the Indian Medical Council Act, 1956 or the National Medical Commission Act, 2019 as well as the Regulations to accommodate or transfer medical students from any foreign medical institutes/colleges to Indian medical colleges”.

It referred to the allegations of the students that even though public notice of September 6, conveys no objection to the academic mobility programme, which is a temporary relocation of the affected foreign students in different foreign countries globally, it is not clear as to whether Indian universities are also included in the realm of “Universities in different countries globally”. The government has said that these students have claimed that when they tried applying under the academic mobility programme at their respective Ukrainian Medical Universities, such universities refused to entertain their applications for academic mobility in their first semester of the academic year 2022-23. “It is humbly submitted that the aforesaid affidavit (of the student) is completely frivolous and misleading.

It is submitted that in so far as the aforesaid academic mobility program is concerned, the same was introduced only for those students, who were not able to continue their education due to war like situation in Ukraine”, the Centre said. The government said that most of the aggrieved students/ petitioners had gone to foreign countries for two reasons-firstly due to poor merit in the NEET exam and secondly, affordability of medical education in such foreign countries. “It is humbly submitted that in case these students with (a) poor merit are allowed admission in premier medical colleges in India by default, there may be several litigations from those desirous candidates who could not get seats in these colleges and have taken admission in either lesser known colleges or have been deprived of a seat in medical colleges”, the government said. It further added that in case of affordability, if these candidates are allocated Private Medical Colleges in India, they once again may not be able to afford the fee structure of the concerned Institutions.

The government added that any further relaxation, including the prayer for transfer of these returnee students to medical colleges in India, would not only dehors the provisions of the Indian Medical Council Act, 1956 and the National Medical Commission Act of 2019 as well as the regulations made thereunder but would also seriously hamper the standards of medical education in the country. The students have relied upon the report of the Lok Sabha committee on external affairs dated August 3, by which it had recommended to the ministry of health and family welfare to accommodate these students in Indian colleges/universities as a one-time measure.