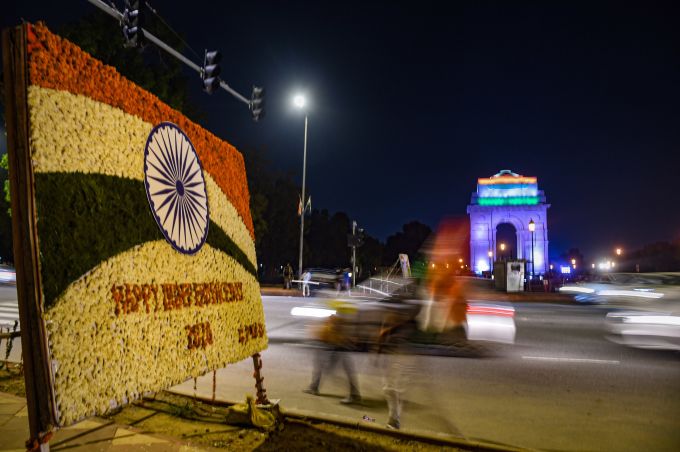 It was on this day in 1947 that we were finally free of British colonization. We were free to rule our land and take independent decisions for it since that fateful day. Britishers were no longer our masters and decision would no longer be taken all the way from London.

Why did India get independence on 15 august?

It was the Japanese who decided the date of our independence. Surprised? You must be!

India is perhaps the only country with two national pieces of music:

Jana Gana mana national anthem and Vande Mataram national song. And Rabindranath Tagore played a very important role in both of them. He wrote the first one and sang the second one for the very first time. ‘Vande Mataram’, is part of a Bengali novel Anandmath written by Bankim Chandra Chatterjee in the 1880s.

History of the Indian flag?

Do you know there were many versions of national flags prior to independence?

Yes. But the one we use now is inspired by the flag designed by Pingali Venkayya in 1921. It had a red and green band with a charkha in between. It was modified later to become the Tiranga as we know it today.

It is Khadi Gramodyoga Samyukta Sangha (KKGSS) located in Dharwad (Karnataka). They have the sole authority to manufacture and supply the Indian national flags for all official purposes. The flag is exclusively made with handspun and handwoven khadi cotton.

What are the events planned for the celebration of 75 years of independence?

How Independence Day is celebrated in India?

A guide to writing an independence day essay for students

Independence Day is one of the three national holidays in India. The other two are Republic Day (26 January) and Mahatma Gandhi’s birthday (2 October). All offices and workplaces – government or private – remain shut as a mark of respect to the occasion.

Happy independence day 2022 to everyone, and particularly to students. We hope this write-up may act as a guide to writing an Independence Day essay for students.