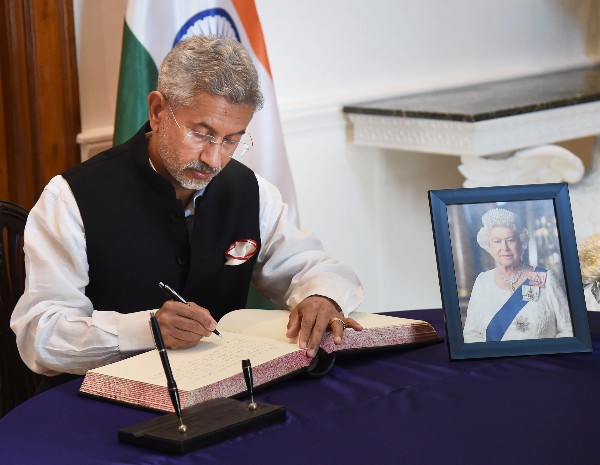 “I was serious when I said I’m working on it,” Jaishankar said on Wednesday. Jaishankar was in a conversation with Columbia University Professor and Former Vice Chairman of NITI Aayog Arvind Panagariya at the Raj Centre at Columbia University’s School of International and Public Affairs. India has been at the forefront of efforts at the UN to push for urgent long-pending reform of the Security Council, emphasising that it rightly deserves a place at the UN high table as a permanent member. At present, the UNSC comprises five permanent members and 10 non-permanent member countries which are elected for a two-year term by the General Assembly of the United Nations. The five permanent members are Russia, the UK, China, France and the United States and these countries can veto any substantive resolution.

There has been growing demand to increase the number of permanent members to reflect the contemporary global reality. “It’s obviously a very hard task because at the end of the day if you say what is a definition of our global order. The five permanent members are a very crucial definition of what the global order is about. So it’s a very fundamental, very deep transformation that we are seeking,” Jaishankar said. “We believe that transformation is overdue because the UN is a product that was devised eighty years ago.

And 80 years ago by any standards of human creativity is a long time ago. The number of independent countries has quadrupled in that period,” Jaishankar said, adding that there are big parts of the world which are left out. He said within a few years, India will be the third largest economy in the world, it will be the most populous society in the world. “To have such a country not there in the key global councils, obviously, it’s not good for us, but I would also urge it’s not good for the global Council in question,” Jaishankar said. “I do believe that with each passing year, I sense in the world greater and greater support for India to be there because we do command today the confidence and trust of very large parts of the world. I do not want to compare it with the current P5. But I would at least say a lot of countries perhaps think that we speak for them with a high degree of empathy and accuracy,” he said.

India is currently halfway through the second year of its two-year term as an elected non-permanent member of the UN Security Council. India’s tenure at the Council will end in December when the country will also preside as President of the powerful UN organ for the month. Meanwhile, Jaishankar on Thursday tweeted that he enjoyed the interactive discussion at Columbia University. “A free-wheeling discussion on India and its relationship with the world: past, present and future,” Jaishankar tweeted.