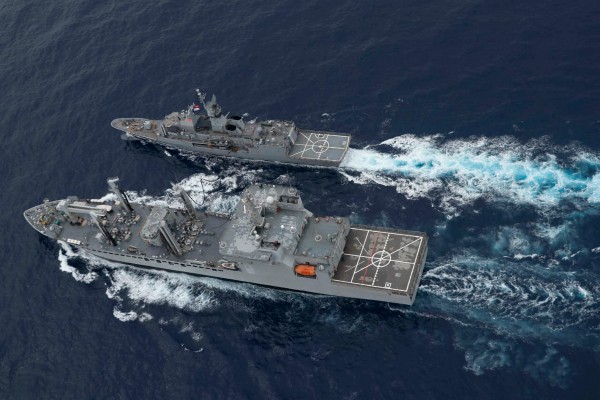 Originally named Baku, Vikramaditya was launched in the early 1980s served in the Soviet Navy from 1987 to 1991. The vessel was decommissioned in 1996. Later India bought it from Russia.
INS Vikramaditya is a modified Kiev-class aircraft carrier that joined the Indian Navy on 16 November 2013.
With a displacement of 45,000 tonnes, INS Vikramaditya, the aircraft carrier, is capable of carrying over 30 aircraft and helicopters. It has a total of 22 decks, the capacity to accommodate more than 1,600 personnel on board.
The motto of INS Vikramaditya: Strike Far, Strike Sure

It is named after India’s first-ever aircraft carrier. It is the largest and most complex warship to be built in India. Vikrant warship is 262 meters long, 62 meters wide, and its height is 59 meters. It has over 2,200 coaches, designed for a crew of about 1,700 people, including special cabins to accommodate women officers and sailors.
INS Vikrant has a top speed of about 28 knots and an endurance of about 7,500 knots.
The motto of INS Vikrant- “Jayema Sam Yudhi Sprdhah”. It means -” I defeat those who fight against me.”

PM Modi said, ‘Vikrant is large and grand, Vikrant is distinct, Vikrant is special. Vikrant is not just a warship; it is the evidence of the hard work, talent, impact and commitment of India of the 21st century.’

INS Viraat was first commissioned into the British Royal Navy with the name HMS Hermes in 1959 and also served as the flagship of the Royal Navy’s task force during the Falklands War in 1982.
The aircraft carrier was then refitted and commissioned into the Indian Navy on 12 May 1987. INS Viraat was a Centaur-class aircraft carrier of the Indian Navy. The conventional Centaur class aircraft carrier, whose name meant “giant” in Sanskrit, had a staff of 1,500 members on board.
The 28,700-tonne, 226.5 m-long carrier has a long history of service to the Navy, 33 years.
The motto of INS Viraat- is “Jalamev Yasya Balmev Tasya”, which means- One who controls the sea is all-powerful.