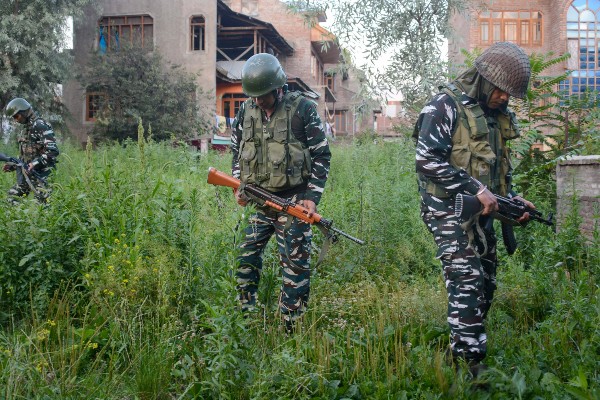 The CRPF (Central Reserve Police Force) DG, Kuldiep Singh said that while Maoists may have some presence in the form of extortion gangs, there is no place in the eastern state where the rebel outfit is dominating.

After the implementation of Prime Minister Shri Narendra Modi’s Zero Tolerance Policy against Left Wing Extremism, for the first time by entering the ‘Budhapahad’ situated at the border of Chhattisgarh and Jharkhand and the extremely inaccessible areas of Chakrabandha and Bhimabandh of Bihar and successfully ousting the Maoists from their strongholds, a permanent security forces camps have been set up there.

Two large Naxal-affected forest areas in Bihar and Jharkhand have been “completely cleaned off and captured” by the security forces. Even the areas with the most violence-prone districts under this category have gone down to an all-time low of 25, as per CRPF DG, Kuldiep Singh.

Amit Shah, Union Home Minister later tweeted to say that a “historic milestone was crossed” in the internal security domain of the country with this achievement. The CRPF chief told reporters that the ‘Budapahad‘ area in Garhwa district of Jharkhand and the ‘Chakrabandha’ jungle area scattered across Gaya and Aurangabad districts of Bihar have been totally freed from Naxals after joint security forces mounted three special operations beginning April, , under the overall command of the paramilitary force.

CRPF DG said that Bihar is now free from the Naxals and the CRPF forces can reach any place in either of the two states. The Central Reserve Police Force is designated as the lead anti-Naxal operations force of the country. Also CRPF has deployed approximately a lakh troops for this task in about 10 states.

A total of 14 Maoists were killed during these operations while 590 maoists were either apprehended or had surrendered in these two states along with Madhya Pradesh and Maharashtra.

CRPF DG further said that three special operation were carried out-
1. Operation Octopus
2. Operation Thunderstorm
3. Operation Bulbul
These operations were launched since April, 2022. The security forces have now freed Burha Pahad which is along the Jharkhand-Chhattisgarh border from the control of the maosists rebels.

Burha Pahad- on Jharkhand & Chattisgarh border was dominated by the rebels for the past 32 years. Now, a permanent base has been set-up in Burha Pahad in last two days under Operation Octopus. The troops have been sent there via helicopter.
Singh said , “There have been 77% reduction. In 2009, it was at an all-time high of 2258, which has come down to 509 at present. Death rate has come down by 85%,”